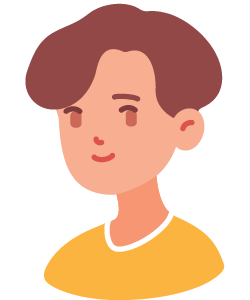 A submersible well pump is installed inside a well …

Read More
Should You Move To An Established Neighborhood Or A New One?
12 January 2023

Deciding to have a home built requires you have th …

The garage door opener is the main "engine" that d …

The old adage about real estate — location, location, location — continues to be true in the 21st century. But should that location be an established neighborhood or a new one? The answer depends on what you prioritize and your goals. To help you decide which path to take, here are a few reasons to opt for an established neighborhood and a few pros of a new one.

The Benefits of an Established Neighborhood

One of the clearest differences between established and new neighborhoods is easily seen as you drive through each. New neighborhoods are often in various stages of being finished, trees are small and landscaping is hit-or-miss, and there may be gaps in services. On the other hand, an older neighborhood features tall trees, full landscaping, and existing services and open areas.

In addition, the older the neighborhood, the closer it is to local hubs. This often means a shorter commute to downtown, more shops and restaurants in the area, and an easier time getting services. If you're looking for more convenience, this could be the best place to settle.

Buyers who prefer older communities like the increased sense of history and establishment. They like a wide variety of house styles and more personality in lots and common spaces. They often feel that these areas have more character than new neighborhoods.

The Benefits of a New Neighborhood

New neighborhoods don't yet have a set personality. The homeowners who move in will create the environment they want. So you get a chance to define the community through your own actions. There isn't an established network of friends, since the homeowners have more recently begun to live near each other. Without a predetermined set of dynamics or relationships, everyone feels on a more even level.

The lack of space in more central areas usually places new developments in the outskirts. This can be great for those who want a quieter lifestyle, but it may also mean getting in on the ground floor of an up-and-coming area. New neighborhoods tend to attract younger buyers, including many young families and urban professionals. If this is your type of neighbor, you have a chance to create a real bond.

What about the effect on your wallet? Building a home in a new community is usually a less expensive process than building one in an older area. While home values may be lower overall, they're usually on their way up.

Which type of neighborhood is right for you? Start finding out by touring single-family homes for sale in your area. No matter what you pick, the result will be a place you'll love to call home for many years.